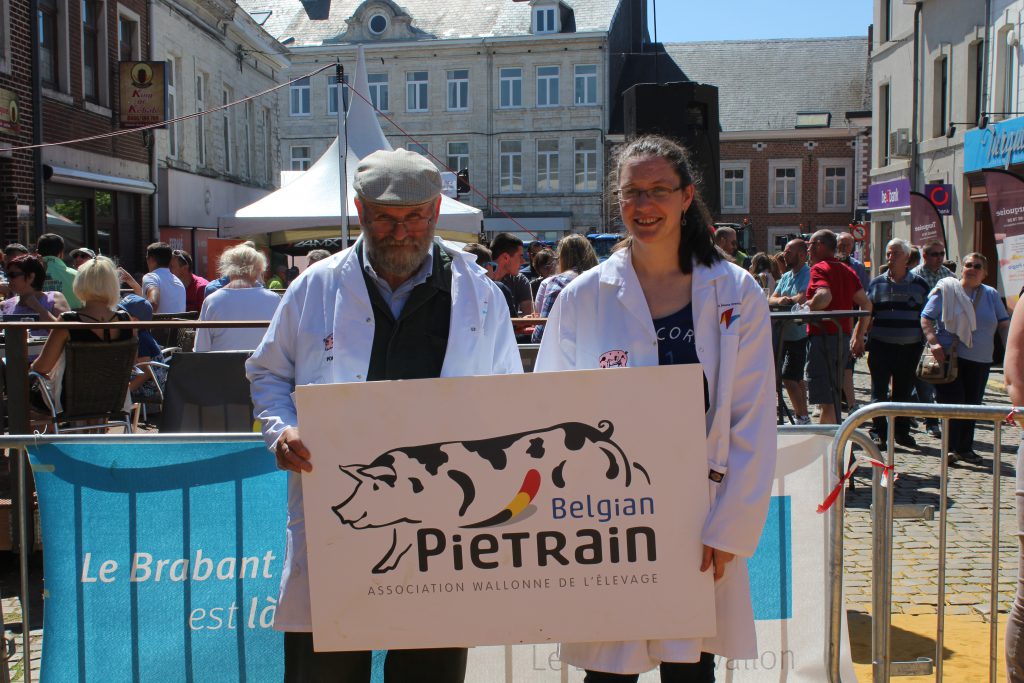 Wat is the origin of your farm ?

I was born in the pig sector, my parents were raising white pigs in Flanders. It was only when we came to Wallonia that I developed the Piétrain breeding in 1960. I started the selection in 1973. In 1986, I was already interested in the stress resistant Piétrain but I was not supported by the federation and we waited till the University of Liège taked care of it to see the first negative animals.

How many sows do you have right now ?

What is the main goal in your selection ?

My goal is to produce good breeding pigs that I could sell but especially to produce very good pigs for the slaughterhouse hoping that the quality continues to be paid.

What are the other points of attention in your farm ?

I try to have pigs productive enough without having to be always behind when giving birth.

After selecting on stess resistance, I now select some pigs resistant to certain diseases in partnership with the University of Liège.

What is your greatest pride as a pig breeder ?

I am very proud to have continued my breeding despite the various constraints I encountered and now be able to show good, well muscled pigs.

There are no upcoming events at this time.